COVID-19: A THREAT TO FOOD SECURITY

GABORONE, Whenever productivity is mentioned as a contributor to economic growth, one of its key drivers is more often than not ignored, either by design or omission. Food availability is one of the main contributors that a country needs to have if productivity and efficiency is to be realised in the workplace. 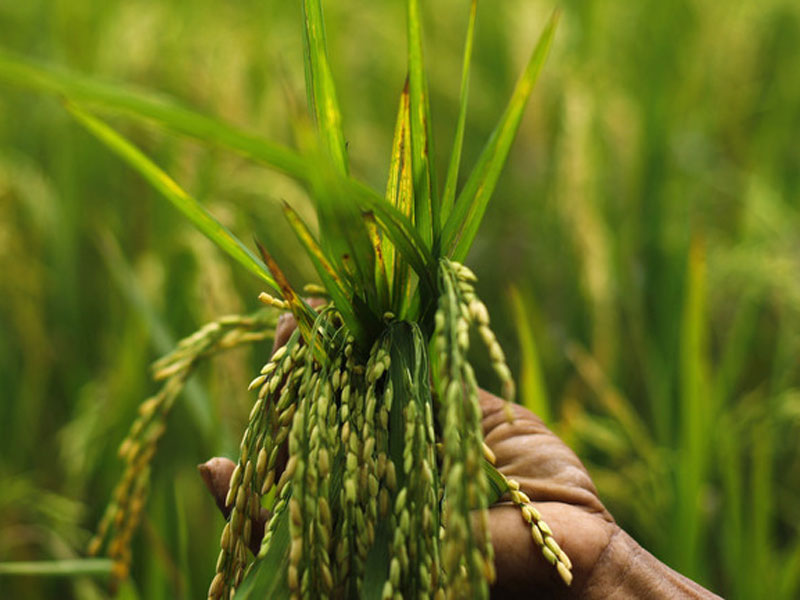 For any country to thrive economically, people, especially those engaged in various work activities need to eat the right food. This notion is supported by Audsley et al (2010), in their article, Revolution: From Food Aid to Food Assistance, who argue that the economic development of any nation is dependent on the productive capacity of human resources which is, however , a function of how well fed they are. In the midst of the COVID-19 pandemic, which has affected the whole world, including Botswana, productivity in the work place is under threat due to possibility of food insecurity. As a response to the crisis, countries have come up with a series of measures to mitigate and contain the COVID-19 crisis, which include lockdowns. These interventions are likely to have a negative effect on food availability, especially for daily wage earners in the informal economy, who are likely to lose income sources due to regulations on social distancing.

Lockdowns are by their nature restrictive and pose a risk to food security. They disrupt food supply chains by slowing down transportation of food from production areas to the markets. With all the health protocols that have been put in place by the World Health Organisation (WHO) and government such as extreme social distancing and controlled movement, disruptions in logistics will become the order of the day, resulting in delays of food deliveries. The United Nations office in Botswana, in a report titled, Socio-Economic Impact Analysis of COVID-19 in Botswana, notes that due to dependence on regional and extra-regional imports for food, in particular for the urban areas, Botswana is particularly vulnerable to disruptions in international logistics and distribution, in addition to production problems in other countries.

Food insecurity does not affect informal sector employees alone, dependent members of households and subsistence farmers’ livelihoods are also at risk. In Botswana, smallholder farmers who had ploughed their fields were looking forward to a bounty seasonal harvest, owing to the good rains that fell, especially in the South Eastern part of the country. COVID-19 lockdown regulations that control movement have, however, limited their ability to harvest their fresh produce on time. In late February, the Ministry of Agricultural Development and Food Security announced that some farmers in Gumare and the greater Ngamiland district had been hit by the African Migratory Locusts which has the potential to compromise their yield. This, compounded by the stay at home policy, has likely left farmers vulnerable to food shortages. Due to low productivity necessitated by the stay at home policy, many Batswana who would otherwise fend for themselves became vulnerable and food insecure. Those whose livelihoods have been threatened include employees who do not belong to the essential services cadre, whose employers were forced to close, public transport operators and those who operate in the gig economy such as artist and freelancers.

In recognition of this food security threat, government budgeted P150 million for social protection programmes geared at assisting those affected by lockdowns owing to the COVID-19 pandemic. Despite challenges, the food relief package program has been rolled out to avert starvation amongst those whose income generating capacity has been severely affected by the COVID-19 crisis. In some areas, re-assessments are being conducted to ensure that no deserving beneficiaries are left behind. The Coordinator of the Social Protection Packages for COVID-19 Pandemic, Mr Gabriel Seeletso informed the media at the start of the process that the money will assist in providing food baskets which would be distributed by local authorities across the country. Mr Seeletso also highlighted that a policy is already in place to guide the type of food that beneficiaries would get, noting that the food has to include proteins, vitamins and carbohydrates. The number of people in a household, he further noted, determines the amount of food that families get. According to the Director of Emergencies at the United Nations Food and Agricultural Organization (FAO), Mr Dominique Burgeon, vulnerable parts of the developing world, particularly in Africa are at risk of starvation as a result of the corona virus pandemic. He opines that this is because humanitarian relief missions are being hampered by lockdowns and travel restrictions.

In light of this, FAO chief economist, Maximo Torero Cullen has called on countries to prioritise bolstering capacities to enhance emergency food assistance and safety nets for vulnerable populations. He went on to argue that with schools closed down around the world, around 300 million children will miss out on school meals, which for many of them were already critical sources of nutritious diets. This is true for Botswana, as the school feeding programme plays a critical role, especially in rural and remote schools, and amongst the urban poor who cannot afford three meals a day. Lockdowns, the FAO chief economist highlighted, have translated into layoffs and reduced income, making it more of a struggle for families to put food on the table. He also recommended the mobilisation of food banks and efforts by charities and non-governmental organisation to boost food security. Botswana has not been left behind in efforts to bolster food security amongst households.

A Botswana COVID-19 Relief Fund was set up to mitigate the negative impact of the pandemic through targeted fiscal and monetary measures. The relief fund comprises of a number of interventions designed to minimise the adverse short-term impacts of the COVID-19 recession on households and businesses, as well as to ensure that the economy is well placed for recovery when conditions improve. In an attempt to lessen food insecurity at the household level, the fund endeavoured , for those people who lost their jobs or are temporarily laid off, or lose income-earning opportunities(e.g. small scale traders), that action should help soften the blow of lost income and help them meet financial commitments. According to the fund’s guidelines, interventions should, as far as possible, target households that have suffered the greatest adverse impact. At its inception, the guidelines of the fund demonstrate that the finance ministry was directed to mobilise P2 000 000 000(Two Billion Pula) through transfers from Special Funds and appropriation from the Consolidated Fund. More funding has also been mobilised through the private sector, civil society organisations, development partners and the community at large.

Consequently, the COVID-19 relief fund has a component on boosting agricultural production and enhancing food security during the pandemic. This is critical, and as observed by FAO, smaller holder farmers in rural areas of developing countries are at the risk of food insecurity, given their low incomes. With the imposition of the lockdown in Botswana, the ability of these subsistence farmers to produce food is reduced at a time when demand is high. The restriction of movement impedes farmers’ access to markets to buy inputs and sell produce. Lockdown also means unavailability of labour at peak seasonal times when the harvest is ready. Locally, this has resulted in some fresh produce such as maize, melons, watermelons, beans, sweet reeds accumulating without being sold, leading to food losses and a loss of income for the small holder farmers. Fortunately, government has through the COVID-19 relief fund heeded FAO’s plea by purchasing agricultural products from subsistence farmers to ensure food availability to those unable to leave their homes due to the stay at home policy. The fund also makes provision for the building of strategic grain reserves for maize and sorghum, promotion of household vegetable production and upscaling of horticultural production, and promoting market centers for agricultural produce. It further provides for the capacitating of the National Agro-Processing Plant (NAPRO) to absorb all excess production of vegetables and promotion of livestock value chains such as fodder production for dairy herds and the setting up of milk collection centres in communal areas, and re-routing trucks of milk processors to collect from the centres. Small scale arable farmers are not the only ones affected by the COVID-19. Communal pastoral farmers at the cattle post have also been hard hit. Farmers living in towns experienced some challenges when trying to leave their zones to go and pay their herdboys and replenish their food supplies due to limited permits issued.

With the fishing season opening in March after being closed at the end of December to allow for the breeding season, fishermen in riverine areas of Chobe, Ngamiland and Okavango have been impacted. The stay at home policy due to the pandemic meant that they could not fish either for consumption or to sell. Even where they managed to catch fish, accessing markets has proven difficult due to restriction of movement. Fish is very important to the diet of poor rural inhabitants in some parts of Northern Botswana as it provides them with most of their protein intake. This, therefore, means that if the restrictions brought by COVID-19 crisis on fishing communities in Botswana continue for many months, they will be significant impacts on their livelihoods, especially with regards to food security, trade and nutrition. The World Food Programme (WFP) has urged countries around the world to ensure that food supply chains are kept open by maintaining free trade, avoiding food export bans and treating farm labourers as essential workers during the pandemic.

Botswana, a net food importer from South Africa, has been fortunate in that despite border closures between the two neighbours, movement of food delivery trucks has been allowed to ensure food security amidst the corona virus crisis. However, this also poses a threat with a number of truck drivers testing positive for the virus becoming a concern lately. Some of these drivers from down south are transiting to other SADC countries further north. The intensified testing at the ports of entry has the likelihood to delay food supplies from reaching markets on time. This process could be expedited through the use of rapid testing for the virus which reduces the time drivers spend waiting for their results. Government is also expediting the provision of sanitizers and protective wear for workers involved in food production, handling, processing and transportation. The mandatory wearing of masks after the easing of the lockdown regulations will also go a long way in reducing disruptions in the food supply chain.

The 2020 Global Report on Food Crises has also highlighted that the novel coronavirus disease (COVID-19) is having an unprecedented impact around the world, both in health and socioeconomic terms. It further argues that for households dependent on food production and livestock rearing, any disruption in the supply chain of agricultural inputs, or the inability to access livestock markets, will lead to declines in crops, animal production and sales. It also observed that in 2019, over 30 million people in 11 countries of Southern Africa faced crisis or worse levels of acute food insecurity, noting that these are the most vulnerable to the consequences of this pandemic. African governments are under enormous pressure to open up their economies and end lockdowns and travel restrictions to avert the looming crisis of food shortages. Botswana has recently eased restrictions to allow for the resumption of most economic activities. However, in a new report, the World Health Organization, Africa Centers for Disease Control and Prevention (CDC), Vital Strategies and the World Economic Forum urged governments to open up vital sectors of the economy, only when the data shows that it is safe to do so. WHO regional director for Africa, Dr Matshediso Moeti explained in a video conference that authorities have to balance economic concerns with consideration of public health. Health authorities worry that opening up too quickly could trigger a fresh wave of COVID-19 cases on the continent. The Africa CDC encouraged countries to build up public health systems to test, trace, isolate and treat cases. 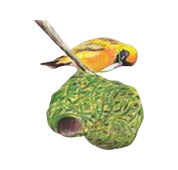